It's not easy being cheesy

What legal options do you have after having been accused, prosecuted, then exonerated for a crime you did not commit?

There are several legal claims that come into play when someone is falsely accused or improperly prosecuted for a crime. The most common are civil claims based on either defamation of character, or malicious prosecution and/or false imprisonment.
On this page we’ll cover both scenarios as questions and answers to explain the legal concepts and requirements behind these types of claims.

What If I Haven’t Been Exonerated?
If you’re still facing a criminal charge, then these civil actions won’t be of any help. You’ll need to navigate the criminal justice system first before a civil claim is available to you. For that, you’ll need the help of the public defender or a private criminal defense attorney. Talk to a criminal defense lawyer, or see Nolo’s section on Getting a Lawyer…

f you have been accused of domestic violence, the most important step is to seek legal counsel. Only by working with a qualified professional at the onset of the case is it certain that you will be able to present the best possible defense, especially in cases that involve allegations of domestic violence—some of the most notoriously difficult to absolve.

The no-contact order is one of more damaging orders a court can put on a person. While nominally it protects the safety of what is known as the protected person, they can also wreak havoc on a living situation. Further, they can create new criminal charges for a restrained person, even felonies. This topic goes into how these orders come about, and the best practices for both the restrained and protected parties.
How is a no-contact order created?
A no-contact order is an order signed by a judge. It can be requested by anyone, but only a judge can order one.
Civilly Requested
The first method is the requested order. A person goes to a court and fills out a form requesting the judge issue a 14-day protection order. The form of course lists the reasons why someone should be restrained. Importantly though, that person is not required to be…

Yet another story of Tennessee’s legal abuse in their court systems. As United States citizens, the courts were set up to protect all citizens from other citizens, not from the court itself. This “law” network is broken due to unethical practices, procedures, manipulation, and control. It’s time to hold those who abuse it accountable for their misguided actions. via #truth — Speak Out 4 Others 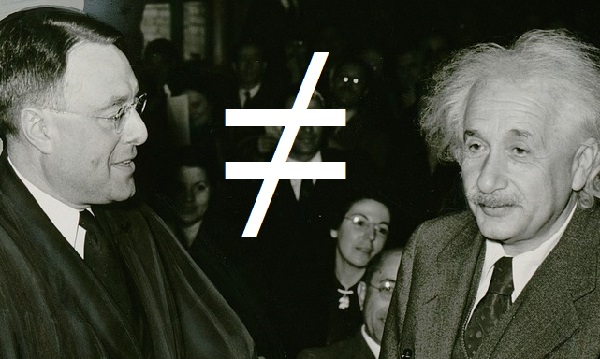 As the story goes, civil restraining orders are awarded to plaintiffs who demonstrate by a “preponderance of the evidence” that they need one. According to this story, a judge determines by actuarial science that there’s a 51% or greater probability that the petitioner’s need is valid, that is, that s/he’s representing some facts and his or her feelings about them more sincerely than not and that those facts and feelings fall into some legal definition of trespass (that’s typically as voluminous as interstellar space).

So concludes Harvard Law Prof. Louis Kaplow (who actually does the math).

The important thing is that the process sounds just.

Note: Restraining order judges rule with mallets—and no subtler instruments. While they may be formulaic, their opinions (and they’re not called “opinions” for nothing) aren’t arrived at by the application of algebra. The phrase preponderance of the evidence is a rhetorical…

This is exactly how an abuser or criminal, and an immoral lawyer corrupts the judicial system.

The painted fingernail in this image isn’t the of the person who filed the domestic violence restraining order; it’s the fingernail of the person against whom the order was issued (wrongly).

A woman named Jenny brought her blog to my attention yesterday. Jenny reports she was falsely accused of domestic violence for no better motive than to hurt her, and she prevailed in court.

I broke down during my turn to defend myself, but I couldn’t help it. My heart hurt so badly.         I was in so much pain. The judge took no time at all to throw the case out. He pretty much laughed Mr. Wrong out of the courtroom for his petty allegations and…what he was trying to use as proof of domestic violence….

As Jenny puts it, she was “slapped with a restraining order.” She should have said “SLAPPed.”…

Me, Jacqui, Tanya, and Whoever Else He Had That I’m Not Aware Of Published by HG Tudor- I have grown weary of the incumbent primary supply. The fuel that ought to be provided at a premium lev…

Source: Me, Her, and Whoever Else

Source: Avoid being deceived by the abuser, put him out of the flock (advice for pastors Part 3, by Ps Jeff Crippen)

sweetsurrender922
Create a free website or blog at WordPress.com.